April is National Poetry Month ~ so here’s a little poem I wrote: #SundaySupper 😉

If you need a little break from all the Thanksgiving festivities, and all the family togetherness (ha!) just go stick your nose in a book ~ or a magazine ~ or here online at my column from B-Metro Magazine. I hope it gives you a little laugh. If you need more time away just read it again, slowly:) And, Good Luck making my mom’s famous Banana Pudding from her recipe ~ lol! 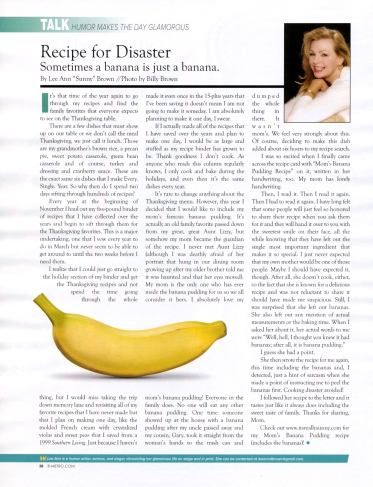 END_OF_DOCUMENT_TOKEN_TO_BE_REPLACED

Poking fun at society’s message that women should fade away once they turn 50 it’s an evening of comedy, music and fun guaranteed to make you laugh. I have a terrific band and a couple of very “Handsome Men” that you don’t want to miss. Click here for tickets and details. It’s a “must see”! 😉 ~ Sunny xo 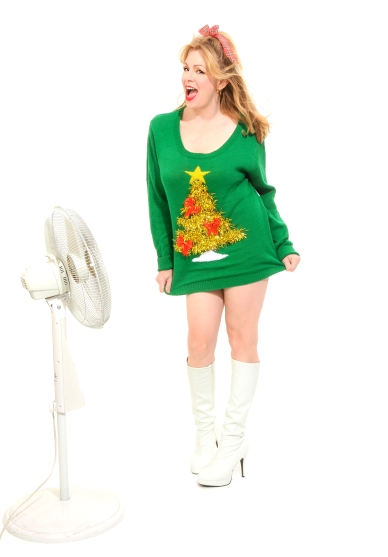 Well, it happened again. For some reason I thought that maybe, just maybe, baking the Southern Living magazine Christmas cake in July would not be as frantic as it is when trying to make it in December. And once again, I was wrong. But, when your nieces ask if you can have a Christmas in July cake baking party you don’t stop to think about the details, you just say it’s a plan! And, so now, I just make myself crazy twice a year. Because, let’s face it, with or without the SLCC, December is the craziest time of the year. And now, July is, too! The best way I thought to sum it up for you was in this little poem. So, here’s the latest scoop on our Second Annual Christmas in July Southern Living magazine cake baking party (sung roughly to the tune of “Let it Snow, Let it Snow, Let it Snow.”)

Oh the weather outside is frightful

But the air inside is so delightful

Now that it’s five below

And I’ve got a cake that’s baking

So I’ve turned the air down real low

I don’t know what I was thinking

I guess I must have been drinking

I should have just said “No”

To celebrate Christmas in July

So when your nieces ask you to make

Doesn’t mean it will be “funner”

Your nerves will still be shot

And the kitchen too damn hot

The whole of summer break

Is not long enough to make this cake

Too soon they will go back to school

I hope by then that it will be cool.

We won’t have time to make the garnish

On all 27 steps we moved too slow

But it should still taste delish

I think I’ve learned my lesson

That we should have started sooner

And so next time I will remember

Unless we start it in December

You can see all the fun on my website at www.itsreallysunny.com

I am happy to say that our 2nd Annual Xmas in July Southern Living Magazine Christmas Cake Baking Party was a success! 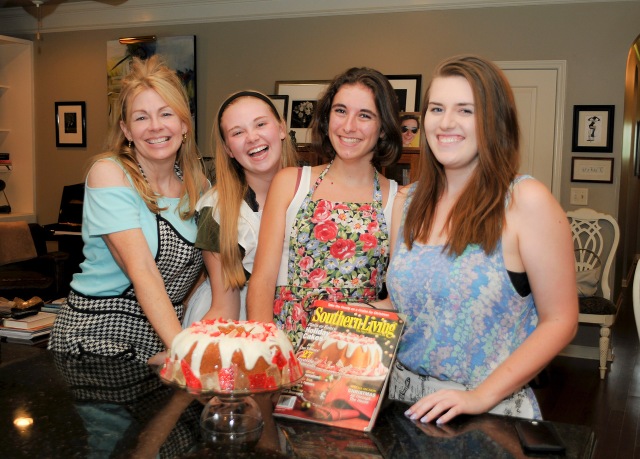 with Sam, Esar (my niece’s lovely French foreign exchange student-who was the stand-in for my daughter) and Lauren

Last year I got the bright idea (?!) of getting the girls in the family together with my daughter and my nieces, along with my mom, to bake a Southern Living Magazine Christmas Cake. Despite the heat, outside and in the kitchen inside, we had so much fun that a tradition was born. However, just like the recipe for the cake itself, it takes a lot more planning than you would think trying to coordinate everyone’s schedules and get everyone together at the same time.  END_OF_DOCUMENT_TOKEN_TO_BE_REPLACED

I had a wonderful time performing for CAT Cabaret’s 1st Birthday Party this past weekend! You can check out some behind the scenes pictures on my Sunny’s Scrapbook page:) 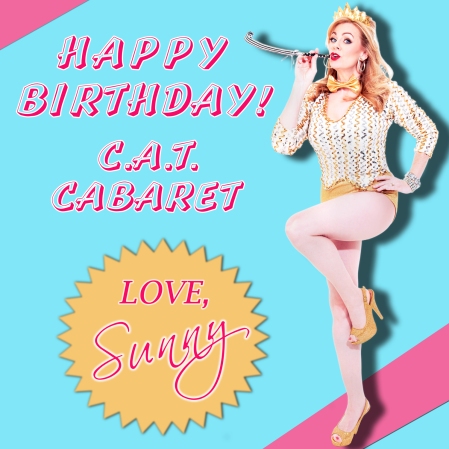 With the Christmas crunch in full swing I thought now would be a good time to share my favorite no cook recipe 😉 ~ Enjoy! 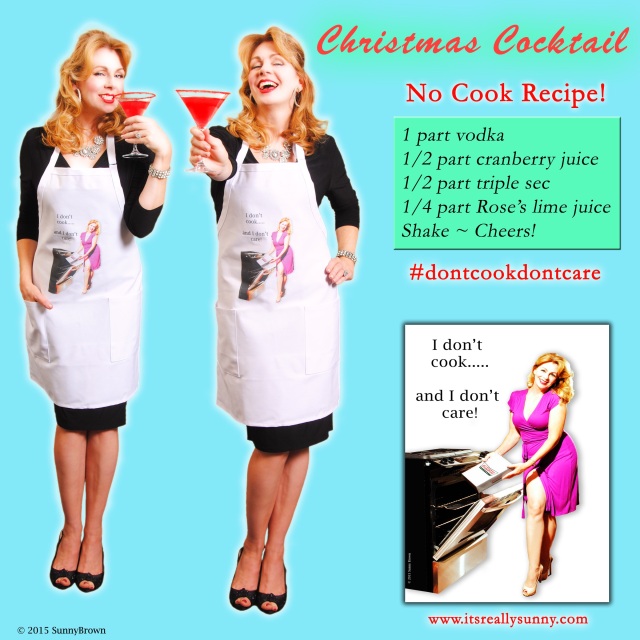 Pairs well with my apron:) Available at www.zazzle.com/buy_sunny

I am so excited to be performing with the lovely ladies of Feminine Hyjinx! In the Virginia Samford Theatre’s Christmas variety show “Holiday Seasonings” December 16th-20th. If you are in Birmingham, Alabama at that time get your tickets to see your favorite funny ladies and add some spice to your holidays! Click here for tix. 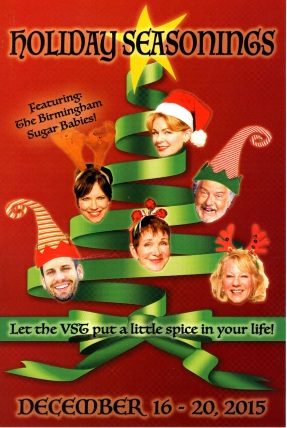 Just in time for Thanksgiving and the Christmas holidays ~ here is my column in this month’s B-Metro Magazine.

FYI: That apron is now available at my store! It makes the perfect gift for the dish that doesn’t like to cook, but still likes the dressing 😉 To order and browse the other items with the same image/message just click here!  #comeandgetit! #idontcookandidontcare ~ Sunny xo

Here is a way to add a little PG-13 fun to your Halloween Party-after all, the kids can’t have all the fun 😉 So, who’s coming?

These cocktail napkins and beverage coasters, along with other designs, are from my Halloween Collection at my zazzle store “Buy_Sunny“. NOTE: Make sure to set the Content Filter to “Moderate” to see the PG-13 fun! 😉 ~Sunny xo